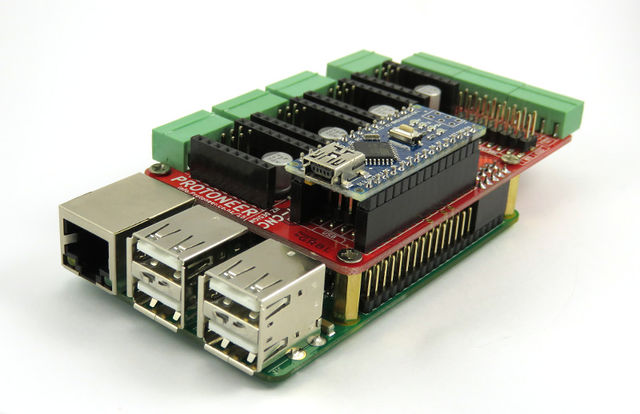 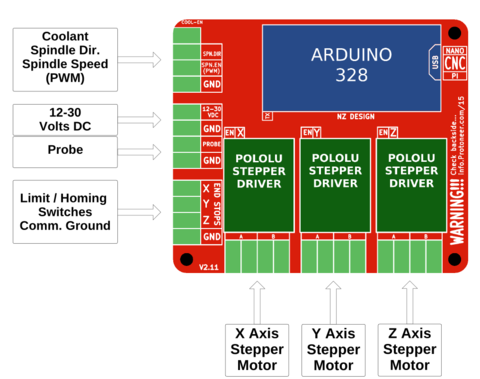 End Stops use normally-open push-button type switches. The End-stop socket shares a common ground that connects to each axis end-stop. The pins are pulled high by the micro controller's internal pull-ups and will activate the end-stop when the pin is connected to ground.

The 4th Stepper Driver Socket can be configured to clone any of the other Axes. Configuration is done with the two rows of jumper headers situated under the Nano board.

Removing all the jumpers for the two rows of headers disables the 4th Stepper Driver Socket.

In order for the GRBL to communicate with the Raspberry Pi, the hardware serial port on the Raspberry Pi needs to be enabled and working. HobbyTronics has a good tutorial on how to set it up and test it. Raspberry Pi Serial Port setup 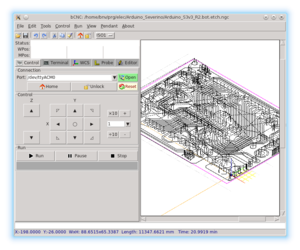